Though there is no mention of Bailable and Non-bailable warrants in the code, Warrants are of two kinds, Bailable and Non-bailable. Sec. 71 deals with bailable warrants. As per Sec. 71 (1), any court issuing a warrant for the arrest of any person may it its discretion direct by an endorsement on the warrant that if such person executes a bond with sufficient sureties for his attendance before the court at a specified time and thereafter until otherwise directed by the court, the officer to whom the warrant is directed shall take such security and shall release such person from custody.

The endorsement shall state the number of sureties, the amount in which they and the person for whose arrest warrant issued and to be respectively bound, the time at which he attends before the court. Whenever security is taken under this section, the officer who whom warrant is directed shall forward the bond to the court.

When can Non-bailable warrant be issued?

In Inder Mohan Gowswamy Vs. State of Uttaranchal 2007(12) SCC (1), Supreme Court held that Non-bailable warrant normally not to be issued if a person or accused could be secured. The court at Para 50 held that as far as possible if the court is of the opinion that summons will suffice in getting the appearance of the accused in the court, summon or the bailable warrants should be preferred. The warrants either bailable or non-bailable should never be issued without proper scrutiny of facts and complete application of mind, due to the extremely serious consequences and ramifications which ensue on the issuance of warrants. The court must very carefully examine whether the Criminal Complaint or FIR has not been filed with an oblique motive.

The court further held that in complaint cases –

At the first instance, the court should direct the serving of the summons along with the copy of the complaint. If the accused seem to be avoiding the summons, the court in the second instance should issue a bailable warrant.  In the third instance, when the court is fully satisfied that the accused is avoiding the court’s preceding intentionally, the process of issuance of the non-bailable warrant should be resorted to. Personal liberty is paramount; therefore, we caution courts at the first and second instance to refrain from issuing non-bailable warrants.

In Raghuvansh Dewanchand Bhasin vs. State of Maharashtra (2012)9SCC791 Hon’ble Supreme Court issued guidelines to the subordinate courts at the time of issuance of non-bailable warrants. The Hon’ble Apex court directed all of the subordinate courts to use printed and machine numbered Form No.2 for issuing a warrant of arrest. The court must ensure that complete particulars of the cases are mentioned in the warrant. The Presiding Judge of the court should put his full and legible signatures in the particulars and also ensuring that court seal appearing with complete address of the court, prominently endorsed thereon. The court must ensure that the warrant is directed to a particular police officer, it must be returnable whether executed or non-executed on or before the date specified therein. Every court must maintain a register in which warrant of arrest issued must be entered and chronological serial number of such entry reflected on the top right hand of the process. No warrant of arrest shall be issued without being entered in the register. A register similar one shall be maintained at the concerned police station. The courts should not give a long time for the return of the execution of warrants. On the date fixed for the return of warrant, the court must insist upon for compliance of report on the action taken by thereon by the Station House Officer of the concerned Police station. The report of such warrant must be cogent and legible duly forwarded by a superior police officer, so as to facilitate the fixing of responsibility in case of misuse. In the event of a warrant for execution beyond satisfaction court issuing it procedure laid down under section 78 and 79 Cr.P.C., a court must be strictly and scrupulously followed. In the event of cancellation of the arrest warrant by the court, the order cancelling warrant shall be recorded in the case file and register maintained. A copy thereof shall be sent to the concerned authorities requiring the process to be returned unexecuted forthwith. The date of receipt of an unexecuted warrant will be entered in the above-said register. A copy of such order shall also be supplied to the accused.

Whether non-bailable warrant can be issued against witnesses?

In K. Srinivas Vs. State of A.P. 2003 (1) ALD (Crl) 53, the Hon’ble High Court held that issuing of non-bailable warrant against the petitioner/witness is not correct. The Hon’ble High Court further held as per Sec. 350 CrPC when a witness fails to attend the court disobeying the orders issued a warrant for the same, found absented himself with a just cause a maximum punishment can be imposed is Rs.100/- and nothing more.

However, in case of a murder trial, the Hon’ble Supreme Court in Shailendra Kumar vs. State of Bihar (2002)1SCC655 held that the presence of investigating officer at the time of trial is a must. It is his duty to keep the witnesses present. If there is a failure on part of any witness to remain present it is the duty of the Court to take appropriate action including the issuance of bailable/non-bailable warrants as the case may be. 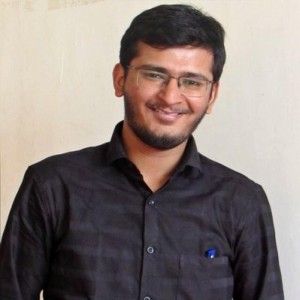